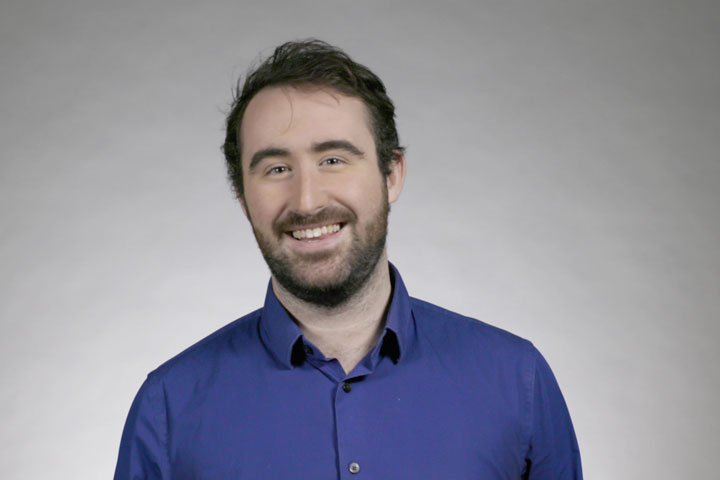 Walter Hickey ’12 received the Pulitzer Prize on Monday as part of an Insider team that used comics to report on the plight of the Uyghur community in China.

Hickey and his colleagues Fahmida Azim, Anthony Del Col and Josh Adams received the Pulitzer in the Illustrated Reporting and Commentary category, which was in its first year as an editorial cartoon replacement.

The Pulitzer Prize is considered the highest national honor in the field of journalism, literary works and musical composition. Awarded annually, the awards were established in 1917 from funds endowed by journalist and newspaper publisher Joseph Pulitzer.

This year’s Pulitzer marks the first for Insider and recognized the online publication for “using graphic reporting and the medium of comics to tell a powerful yet intimate story of China’s oppression of the Uyghurs, making the issue accessible. to a wider audience,” according to the Pulitzer Committee.

The Illustrated Story “How I Escaped a Chinese Internment Camp” is based on interviews with Zumrat Duwat, who was arrested and sent to a detention center for Uyghur women where she said she endured brutal living conditions and beatings, according to Insider. Eventually, Duwat left the camp and China to live in the United States.

“I was incredibly surprised; I had no idea it was going to turn out this way,” Hickey said. “I’m so grateful that the story we wrote, drew and illustrated resonated. We were really, really proud of it. I am so happy that it has been recognized and that Zumrat Duwat’s story has received the attention it deserves.

Hickey is the chief data editor at Insider. He was previously an intern and then a full-time journalist for the site before working as chief cultural editor at FiveThirtyEight. He returned to Insider in 2018 and also writes Numlock News, a daily morning newsletter.

As news of this year’s Pulitzer winners made headlines across the country on Tuesday, Hickey was taking it all in.

“It’s so amazing to be honored,” Hickey said. “You always want to do a good job and that’s always the main goal. And this kind of recognition is an incredible honour, that we had the chance to have good work recognized.

The entire Insider team was thrilled to receive their first Pulitzer, he added.

Visual storytelling which is a cross between comics and graphic novels is a new medium that is currently making its way into mainstream reporting, Hickey explained.

“The thing we’re really happy about is that we haven’t really seen a lot of this type of journalism before, using the medium of comics to report stories and tell stories,” Hickey said.

The circumstances of Duwat’s story — the fact that she was held in an internment camp — required visual support other than photography, Hickey explained.

“We thought this story could only be told through this medium,” he said. “The category was changed from the editorial cartoon category, which broadened the scope of what was being sought.”

For the nominees, it was meaningful to be appreciated for doing journalism they otherwise couldn’t, according to Hickey.

“On a personal level, I’m really thrilled that this medium and this way of storytelling has gotten this kind of recognition,” Hickey said. “Hopefully that means we’re going to see a lot more.”

Hickey served as a reporter and story editor, working alongside Del Col to interview Duwat for hours. Their work was detail-oriented as they attempted to physically represent his experience using fact-checking and research to see how best to convey the images that lacked photography.

“We hoped to render from his memory as directly and unequivocally as possible,” Hickey said. “My title was editor. I conducted interviews and ensured that the amazing art we got from the team met journalistic standards and what we really hoped to replicate here.

Hickey majored in applied mathematics at W&M and served on the staff of the student newspaper The Flat Hat, which he said were integral to his current job.

“I attribute a lot of that to William & Mary,” Hickey said. “I was a math student in college and did The Flat Hat on the side. What’s funny is that it really allowed me to mix those interests. In my career as a data journalist, I have been served by this kind of omnivorous attitude that it has allowed me to develop.