Why China continues to make progress despite challenges 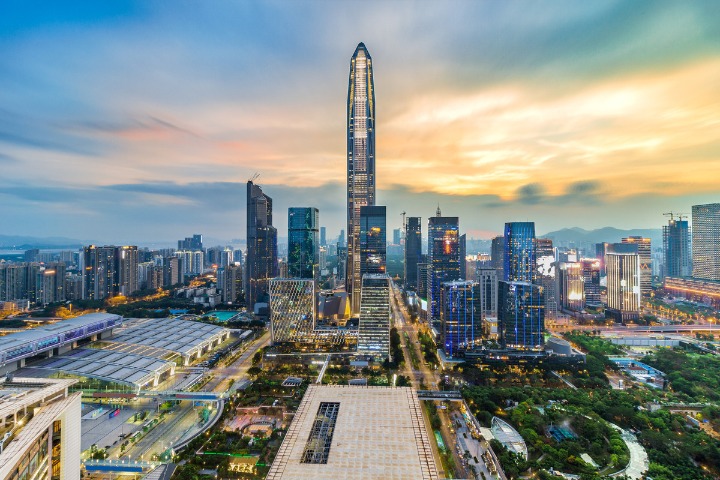 Why China continues to make progress despite challenges

In just four decades, the Chinese economy has reached an unprecedented level of wealth and development, and until recently its upward trajectory of economic growth and prosperity looked set to continue. But as political pressures and the novel coronavirus pandemic push many countries, especially the United States, to adopt more nationalistic policies, the heyday of globalization may soon be replaced by a post-pandemic era shaped by the national security concerns and border controls.

This is not good news for China, which would prefer the world to maintain the economic openness it has achieved in recent decades. For this reason, China has endeavored to align its economic and trade activities with international rules and standards. But now it looks like China must prepare for a future with higher trade barriers and restrictions.

To this end, China’s 14th Five-Year Plan (2021-25) makes it clear that the country will seek to reduce its dependence on external demand. The “dual circulation” development paradigm announced in the plan instead emphasizes reliance on the country’s huge population. China also plans to invest heavily in cutting-edge sectors, such as artificial intelligence and semiconductors, and work to achieve self-sufficiency in core technologies.

This shift would likely have happened even if China-US relations hadn’t deteriorated as they did, due to China’s huge population. Recognizing the potential of its huge domestic market, Chinese leaders have long sought to increase domestic demand to hedge against external changes. As far as technological progress is concerned, a larger population implies more talent and higher returns for innovation.

But, amid the retreat from globalization, China’s advantage could be even greater. In a 2018 article, Klaus Desmet, Dávid Krisztián Nagy and Esteban Rossi-Hansberg showed that in a world where trade and migration between countries is restricted, countries with large populations can offer more opportunities to increase economic production. through internal trade and specialization.

Rather than thwart China’s ambitions, US policies will encourage China to continue hedging its bets, including rethinking its national security strategy and allocating more resources to its science and technology sectors. In the worst-case scenario of decoupling, the world’s two largest economies will end up dominating their own technology supply systems, each with its own rules and standards.

This is a distinct possibility. But visionary politicians should appreciate how much could be accomplished on both sides if countries worked together instead. The United States would be much better served by seizing the opportunities created by the rise of China. And while China’s large population gives it a major advantage in a deglobalized world, it still has much to learn from more advanced economies, starting with the United States. China remains a developing economy, after all, with GDP per capita only a quarter of the average for member countries of the Organization for Economic Co-operation and Development.

More generally, if a country with a larger population has a large internal market to fall back on, this does not replace access to the world market. Likewise, connections with the outside world, including the sharing of knowledge and ideas, invariably accelerate technological progress. And an open, decentralized economic system that encourages market-driven activity is much more conducive to the iterative process essential to commercializing innovation.

Clearly, China has much to gain from a more open global economic system. Chinese leaders have stressed that they are not abandoning the path of market-driven development and reverting to a closed economic model – and there is no reason to believe otherwise.

The author, dean of the faculty of economics at Fudan University, is director of the China Center for Economic Studies, a Shanghai-based think tank.

Opinions do not necessarily reflect those of China Daily.