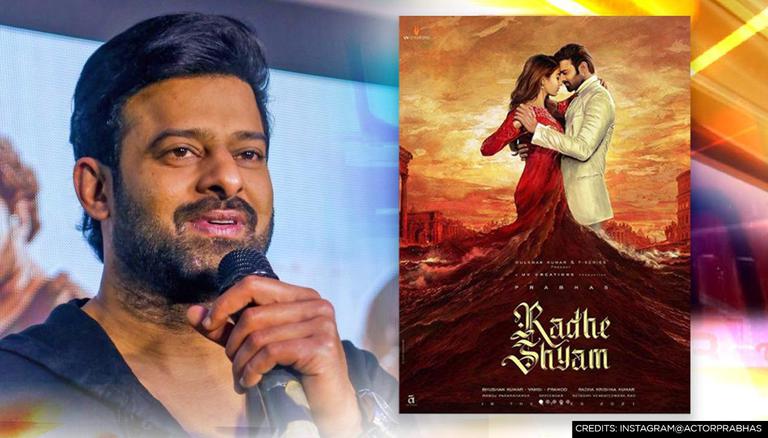 Fans of the next movie Radhe Shyam with superstar Prabhas and Pooja Hegde have to wait a bit longer for the film’s release as the directors recently proposed a new date. Prabhas took to Instagram and shared a new poster for the film while revealing that the film is set to hit theaters next year.

The film will be released on January 14, 2022. The film was previously scheduled for worldwide release on July 30. The poster showed the Baahubali actor walking the streets of Europe while looking dapper. Sharing the poster for the film, Prabhas wrote: “I can’t wait for you all to watch my romantic saga, #RadheShyam, which has a brand new release date – January 14, 2022 worldwide!”

The film also marks Prabhas’ return to the romantic genre after a hiatus of almost a decade. In addition, the film introduces a new couple in the duo of Prabhas and Pooja Hegde. Radhe Shyam is a multilingual film directed by Radha Krishna Kumar, presented by Gulshan Kumar and T-Series. It is produced by UV Creations.

The announcement left curious fans eagerly awaiting to see their favorite actor again on the big screen. One of the actor’s frantic fans wrote, “I can’t wait for honey.” Another user wrote: “Love U Bae !!! @actorprabhas. My Kinggg Cutout is back … Wait Wait Wait, wait with all my heart and soul !!!. ” A third user stepped in and called its look “vintage” in the new poster. The directors of the film recently wrapped up their program and celebrated the occasion with a small party. The main filming of the film began in January 2020 and the film was shot in picturesque locations in Italy and Georgia. The film is being shot simultaneously in Telugu and Hindi languages.

Meanwhile, apart Radhe Shyam, Prabhas will next be seen in the action thriller Salaar alongside Shruti Haasan. He will also be seen in an Indian mythological film Adipurus based on the Hindu epic Ramayana. Prabhas will be seen as Lord Ram with Kriti Sanon as Sita and Saif Ali Khan as Lankesh (Ravana). Adipurus is one of the most expensive Indian films ever made. Prabhas is also set to star alongside Deepika Padukone for an upcoming untitled sci-fi film directed by Nag Ashwin.