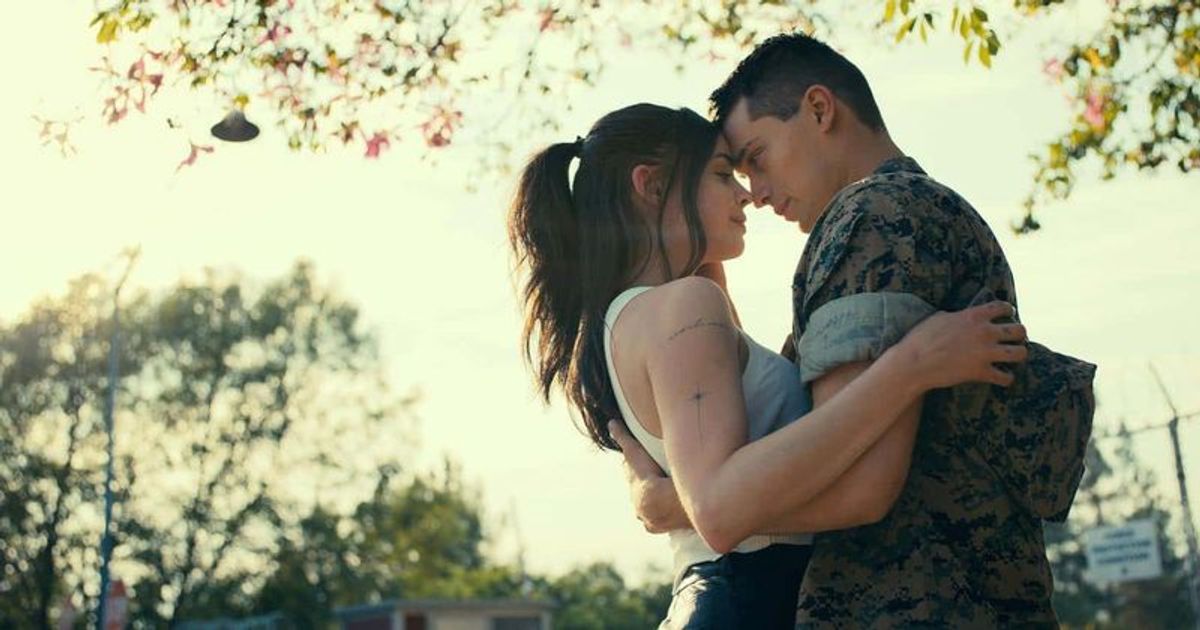 Netflix has been loved by people all over the world for getting original romantic drama movies under its romantic genre umbrella to entertain its fans in different languages. This time, the global streamer is already gearing up to premiere a romantic coming-of-age drama movie named “Purple Hearts.” It is a film adaptation based on the 2017 book of the same name written by Tessa Wakefield.

Fans who have always been hardcore romantic movie fanatics and had fun watching these Netflix romantic movies like “Love Is Color Blind”, “Tall Girl 2”, “Sweet Magnolias” and so on, will surely be marveling at this highly anticipated movie ‘Purple Hearts’.

‘Love Is Color Blind’: 5 Things You Need To Know About Netflix’s Romantic Comedy

When is ‘Purple Hearts’ coming out and where can you watch it?

What is ‘Purple Hearts’?

The film, adapted from Tessa Wakefield’s 2017 novel of the same name, tells the story of aspiring musician Cassie (Sofia Carson) and sailor Luke (Nicholas Galitzine). Cassie struggles to make ends meet even after working at a bar and drowning in bills, especially after her diabetes diagnosis, which makes things worse for her. She makes a marriage of convenience with Luke who has his own reasons for helping her. Between maintaining appearances as a couple for their families and the world, they both begin to fall in love with each other and their marriage becomes real despite their differences.

The official synopsis reads: “Despite their differences and against all odds, an aspiring singer-songwriter (Sofia Carson) and a Marine (Nicholas Galitzine) fall head over heels in love.”

Who plays in “Purple Hearts”?

The following starcast has been confirmed for the film.

Singer-turned-actress Sofia Carson is best known for her stellar performances in “The Descendants” film trilogy. Later, she also acted in Hollywood movies like “Adventures in Babysitting”, “A Cinderella Story: If the Shoe Fits” and so on, followed by her performance as Ava Jalali in Freeform drama series “Pretty Little Liars: The Perfectionists”. She was also seen in the Netflix movie “Feel The Beat”. We will see her play the character of Cassie in “Purple Hearts” which will be released on Netflix.

The movie was directed by Elizabeth Allen Rosenbaum and produced by Alloy Entertainment which gave hit series like “The 100”, “The Vampire Diaries”, etc. Sofia Carson is also the film’s executive producer who wrote and performed the soundtrack for “Purple Hearts” in the film. The screenplay for the film was written by Kyle Jarrow and Liz Garcia.

The teaser and trailer for “Purple Hearts” have yet to be released. We will update this space as soon as it is released.