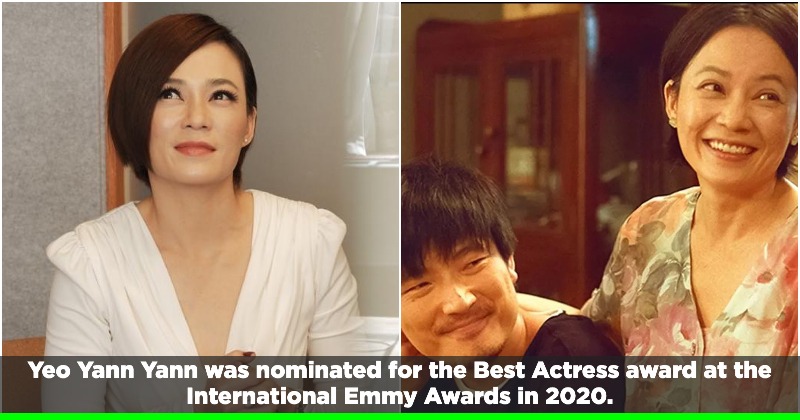 Modern Love—Mumbai is about love, life, and everything in between. Amazon Prime Video’s “Modern Love Mumbai” is an Indian localized version of the widely acclaimed international series.

Produced by Pritish Nandy Communications, the new Amazon Original series brings you six heartwarming stories about discovering and exploring love with all its imperfections and nuances.

Although it is difficult to choose which is the best, the one that stood out was “Mumbai Dragon”, directed by Vishal Bhardwaj.

The story revolves around a widowed mother trying to hold on to her young son as he tries to pursue his dreams in the real world.

The way Yeo effortlessly switches between Hindi and Cantonese is mind-boggling yet fun.

But who is Yeo Yan Yan, who landed a role and fits so perfectly into Vishal Bharadwaj’s fantasy world?

It was a privilege to work with the supreme talent, the charming #YeoYannYann as a Hindi dialect coach (with @Varad_Bhatnagar) on Modern Love (ep 3: Mumbai Dragon), directed by @VishalBhardwaj. Looking forward to working together in the future…@strictlyspkng pic.twitter.com/ZSELtI4O97

The Singaporean-Malaysian actress is a popular name in her own native countries.

His accomplishments cannot be overlooked in his career which spans more than a decade. She grew up in Kukup, a small fishing village in the Pontian district of Johor Bahru, Malaysia. She made her theatrical acting debut in the late 90s with Toy Factory Production’s Comedy of Mistakes.

She starred in several critically acclaimed plays -Muallaf, Petaling Street Warriors and Lee Chong Wei. A graduate of the Intercultural Theater Institute (ITI), she has acted in more than 30 plays and played almost every role.

Yeo’s turning point in his career came after the 2006 film Singapore Dreaming which was followed by Ilo Ilo (2013) and Wet Season (2019) – both directed by Singaporean author Anthony Chen.

Yam captured hearts with his role in HBO Asia’s Invisible Stories. She also earned the International Emmy Award nomination in Best Performance by an Actress category.

In 2012, Yeo married Hong Kong action choreographer Ma Yuk-sing. Romance brewed for the couple on the sets of Petaling Street Warriors. The two tied the knot in a low-key ceremony in her hometown of Johor Bahru.

According to 8 Days Singapore, the couple, who are in a long-distance relationship, only spend three months a year together due to their busy work schedules.

As she reels from the success of the recently released ‘Bombay Dragon,’ the 45-year-old star will star in a new Disney+ series called American Born Chinese, based on the 2006 graphic novel by Gene Luen Yan, in the alongside Michelle Yeoh and Daniel Wu.

Yeo also has a role in Netflix’s Havoc opposite British hunk Tom Hardy.

(For the latest updates from Bollywood and Hollywood, keep reading Indiatimes Entertainment.)