Global Economy: Reducing “dependence on China” is impractical. Neither doable 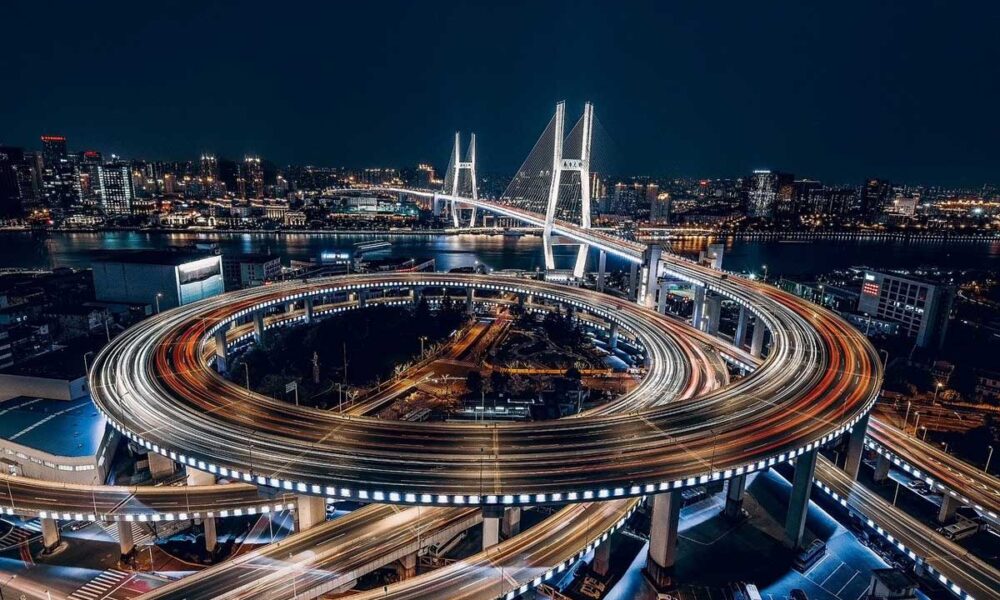 Global Economy: Reducing “dependence on China” is impractical. Neither doable

US fears of the global economy’s “overreliance” on China have not resulted in a desirable shift from “made in China” to “made around China”, even whether the latest epidemic lockdowns have hit the Chinese economy hard. Ironically, the pandemic has forced some companies planning to leave China to scale back their investment plans and forget to reduce their reliance on China. No wonder what is commonly heard in Shanghai and most global financial centers – the evolution of the global economic landscape is not determined by geopolitical games but by economic rules.

Following aggressive US trade policy since President Trump unilaterally began imposing ever-higher trade tariffs on Chinese imports in 2018, it’s been over four years, but the world has yet to see any ” encouraging movement” in the evolution of Made in China at Made around China. Prolonged shutdowns in China over the past two years, either due to the coronavirus pandemic or as many argue due to the country’s “zero COVID” policy, including the ongoing “shutdown” in Shanghai, the largest supply chain “hub” in the world, have also failed to drive multinational supply chains away.

While it is true that the coronavirus pandemic has not only acquired a global import, but has also severely affected international supply chains, it is inevitable that global economic activity will come to a screeching halt. As a result, as supply chains have withered, virtually every major economy in the world has suffered and become vulnerable. Furthermore, while it is true that the pandemic started in China, it is in Europe, particularly the EU, that the most lasting impact of the pandemic is being felt. No wonder, among foreign companies in Shanghai, European companies doing business in China or having production units there are the most “excited” with the recent announcement by Chinese authorities that Shanghai will begin to relax its COVID measures on June 1st.

In addition, for a large number of Japanese, European and American companies, what is even more important is that China is not only a critical market, but also serves as an important base for exploring global markets. Two-fifths or over 2,000 European companies in China are based in or near Shanghai, while there are over 5,600 Japanese companies in Shanghai. For these European and Japanese companies, the overall connection between China and the global economy in terms of trade and industry chain is of great significance for global companies. In this context, a good example to cite here is the positive role China’s Belt and Road Initiative (BRI) connectivity has played in facilitating business cooperation between Japan and the EU.

Already battered, the European economy affected by the coronavirus since the beginning of the summer two years ago, the EU – the world’s second largest trading bloc in nominal terms, was facing two nightmares simultaneously at the time of the 23rd China-EU Economic Summit. One nightmare was the Russian assault on Ukraine in late February, and the other was the total shutdown of factory production and other economic activities in Shanghai a month later. Of the two nightmares, the latter cast its shadow over the April 1 China-EU summit.

European analysts have argued that under the combined weight of the double whammy of the two nightmares, the EU has been forced to abandon its decades-long, multifaceted tripartite approach to China. “This brings us to the conclusion,” says Justyna Szczudlik, Research Manager, Asia-Pacific Program, Polish Institute of International Affairs, “China is neither an economic partner nor competitor.”

On the other hand, in its eighth and last report published a month ago, the largest European research institute based in Berlin focusing only on the analysis of contemporary China and its relations with Europe – Mercator Institute of China Studies (MERICS), asserts there is a growing public perception that “European dependence on China is increasing”.

At the same time, while admitting that Xi Jinping’s uncompromising “zero COVID” policy has hit European business confidence hard in China, a survey conducted by the European Chamber of Commerce in China a few days ago found that only about 23% are thinking (my emphasis) on the transfer of future investments to other markets.

Dependence of Japan, South Korea and ASEAN on China

Buoyed by the success of RCEP, of which China is perhaps the biggest beneficiary, Beijing does not appear to have been deterred by a recent surge of economic and political activity in East and Southeast Asia. In fact, despite the unprecedented shutdown of economic activity for weeks in Shanghai and neighboring centers, Beijing has shown extraordinary confidence in averting any threat or danger to China’s continued “overreliance.” world economy vis-à-vis China as unachievable. Reacting strongly to the recent holding of the 28e Japan-EU economic summit in Tokyo, the election victory of conservative South Korean President Yoon Suk-yeol, and the first-ever US-ASEAN leaders’ summit in Washington, a world times The editor wrote that China has no problem with other countries in the region seeking cooperation inside or outside the region, but making issues about China as part of these programs is “a misguided choice”.

Remember that Japan has more intertwined economic ties in Asia, with China and the ASEAN economic bloc being its two main trading partners respectively. The United States and the EU rank third and fourth on the list of Japan’s major trading partners. Last year, Japan recorded its highest trade deficit in seven years at $42.7 billion, but its exports to China rose 14.9% to $140.8 billion, a record . Beijing experts are aware of the choppy tide Tokyo has encountered in its exports to Europe. The Japanese media is full of stories about how Brexit has had a profound and negative impact on businesses in Europe’s third largest economy.

Additionally, the fact that the UK has been a vital base for Japanese business operations in Europe, and due to both the collapse of the European economy and the UK’s exit from the EU , forced several Japanese companies to close production units in Britain. Japan’s Nikkei Asia reported in August 2020 how automaker Honda first reduced and moved production capacity to Japan and eventually closed the UK plant in 2021.

As mentioned, in addition to China’s colossal consumer market and China playing the role of an important base for exploring global markets – the two vital factors that make the global economy increase its “dependence on China” – a third vital factor that the global economy can ill afford to reduce reliance on China, China’s BRI transport connectivity paves the way for an alternative route for multinational industrial supply chains to ship goods from China to overseas markets. The Japan time reported how, in recent years, Japan had exploited BRI transport projects to coordinate its trade with Europe.

According to the annual white paper released a week ago by the American Chamber of Commerce in China, 83% of American companies in China “do not plan to relocate manufacturing or sourcing outside of China. The AmCham China (2022) white paper also found that nearly 50% of U.S. businesses believe China’s growing domestic consumption and rising affluent and growing middle class is viewed by them as a business opportunity for growth. first order. Furthermore, despite the challenges posed by resurgences of COVID-19, the return of long lockdowns and global uncertainties, China’s actual use of foreign capital year-on-year jumped 26.1% to 74.47. billion in the first four months of this year, according to the Chinese Ministry of Commerce. In Beijing, MOFCOM also claimed that US investment jumped 53.2% year-on-year in the first quarter of this year.

Trade experts in the United States and China have warned against attempts to exclude China from supply chains, as this would not only result in the loss of China’s huge market, but also drive up costs. Earlier, explaining that some of the US-bound production leaving China for Southeast and South Asia was “commercial diversion” and not “decoupling”, IMA’s chief executive Asia, Richard Martin, said new sites outside of China invariably continue to import components and materials. from mainland China. Similarly, earlier this year, Indian media reported that China’s loosening grip on global textile trade was opening a door for Indian manufacturers. After receiving an export order for 400,000 T-shirts from a major German brand, the managing director of a clothing export business in India’s textile manufacturing hub, Tirupur, Tamil state Nadu in South India said: “Over the past few months, many Tirupur-based suppliers have seen an increase in orders from international brands and we believe this is at least partly due to their less reliance vis-à-vis China.

Finally, American companies operating in China – just like Japanese companies and European companies – understand better than the political elite that changing production means enormous financial costs. According to Aiden Yao, Hong Kong-based senior economist and author of the article Preserving Made in China in the Age of Globalization, “most companies have developed such strong supply networks in China that it will be difficult for them to move around”. But above all, companies are driven by economic advantages and not decided by geopolitics. Today, manufacturing in China is no longer about low labor costs, but about the sophistication and scale of the country’s supply chains. Ultimately, as Yao puts it, foreign companies continue to flock to China not because they are in love with China, but for sound business and economic rationalities.