Bringing the Art of Chinese Puppetry to American Classrooms 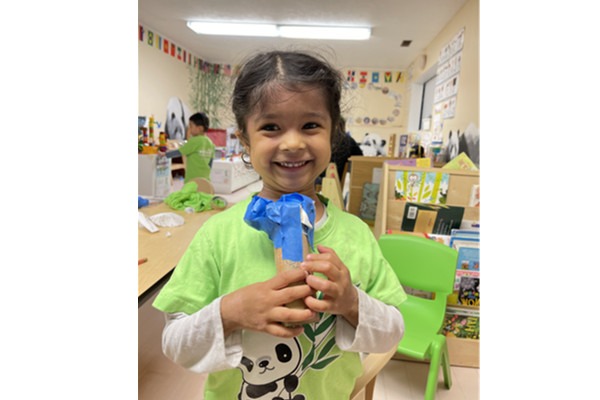 Bringing the Art of Chinese Puppetry to American Classrooms

Puppet shows have entertained generations of Chinese viewers with their delicate costumes, dynamic personalities, and wide repertoire of plays and music.

On Thursday, this traditional Chinese performance art became the subject of a virtual “class” taught by Fujian puppeteers to American students learning Chinese culture and language.

“For many in Fujian, the puppet is synonymous with history, culture and happy memories of our childhood. I hope our friends in Oregon, children and adults, will like it,” said Yin Dan, Deputy Director of the Division of American and Oceanian Affairs at the Provincial Bureau of Foreign Affairs of Fujian.

Fujian is rich in intangible cultural heritage. Including the puppet, the province has eight items selected for inclusion in the UNESCO Intangible Cultural Heritage List. This event could be the first step towards strengthening people-to-people and cultural exchanges between civilizations, she said.

Emily Chen Palmer, founder of Oregon-based XSTREAM Learning Center and Bamboo International School, which offers Chinese immersion programs, said the event was a great opportunity for her students to enrich their understanding. of Chinese culture.

The students embarked on a virtual tour of the Zhangzhou Puppet Museum, where they were introduced to different types of Chinese puppets, including shadow puppets, string puppets, rod puppets, and hand puppets.

They got a glimpse of the various puppet characters, which were on the museum’s shelves, from the Monkey King from the novel “Journey to the West” to characters from “Farewell, My Concubine,” a classic Peking opera. Additionally, audiences saw puppet props such as tiny shapes of thrones and knives. They also watched a puppet head sculpting demonstration.

To further illustrate how the artists manipulate the tiny puppets, the artisans created “Daming Prefecture”, one of the masterpieces of Chinese literature. During the show, the puppeteers made the characters do different stunts, such as somersaults and swinging the silk sleeves to express the characters’ emotions.

Just like actors on stage, for whom spreading legs is a basic training, puppeteers should practice spreading fingers, said Chen Lihui, provincial heir to the art of puppet show, during a “hand exercise”.

Under the instruction of puppeteer Li Zhijie, the students learned to make a simple puppet head (a panda) using common household items such as newspaper, toilet paper, masking tape and colored pens.

Civilizations are enriched by exchanges and mutual learning, Chen said. He hopes the puppets could be a window for students to experience traditional Chinese culture, understand China through puppets, and fall in love with China.

In his opening remarks, Stephen Ying, vice president of the Oregon China Council, said that Chinese culture can be understood through puppet art.

Learning about the culture enhances mutual understanding, he said, adding that “the more we understand each other, the more good friends we can become.”

Chinese puppets date back thousands of years. The earliest puppets were probably used in religious ceremonies in antiquity as representations of gods and shamans. Eventually, puppet shows became a popular form of entertainment. Hand puppets developed in Fujian between the 13th and 16th centuries.

In 2006, the puppet show and the carved head of the Zhangzhou puppet troupe were included in the first batch of the National Intangible Cultural Heritage List of China. The Fujian puppet formation was also selected in 2012 on UNESCO’s Register of Best Safeguarding Practices.

On Monday, students from Potomac School in Virginia participated in a similar program co-hosted by the Chinese Embassy in the United States and the Fujian Provincial Foreign Affairs Office.