A romantic drama with a new approach 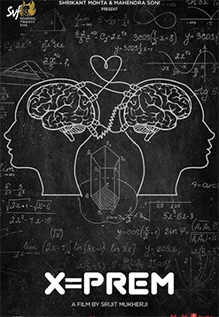 A romantic drama with a new approach

The film revolves around a very loving couple – Khilaat (Anindya Sengupta), a software engineer, and Joyee (Shruti Das) – who find themselves in a strange situation after a car accident wipes Khilaat’s memory of the 10 last years. After regaining consciousness, Khilaat feels uneasy as he cannot remember how and when he fell in love with Joyee.
Joyee does her best to bring back her memory by telling stories of their college life, their first meeting and so on. But much to his disappointment, nothing works. Caught in some sort of emotional crisis, the desperate couple seek help from a doctor, who apparently can transplant memories. Thus begins the hunt to find the memory of love…
Although the first half of the film drags a little, with almost all the scenes in flashback (and too many repetitions), the second half somehow compensates with the entry of two new characters – Arnab (Arjun Chakraborty) and his wife Aditi (Madhurima Basak). Could one of them be the ex?
One can easily understand that the film draws heavily from the director’s experiences at university. From canteen adda sessions, to getaways, to falling in love, there’s everything that will take you back in time.
Music plays an important role in the film. The album contains six tracks composed by rookie composer Saptak Das. The last track, Raikishori, written by the director himself, is quite catchy. Another song, Bhalobashar Morshum, sung by Shreya Ghoshal, is also melodious.
Technology has an important role to play in this film. Interestingly, the entire film is shot in monochrome, which adds a new dimension to this “futuristic” love story. Do you remember the movie Eternal Sunshine of the Spotless Mind? Enough clues given. The rest is up to the public to sort out.
Performance-wise, Arjun is natural while Madhurima shows sparks in a few scenes. The two new actors, Anindya and Shruti, are holding their own.
Although Srijit uses a thriller-like technique to build the climax, the predictable ending spoils the fun. X=Prem has a complicated scenario. And given the kind of subject matter chosen by the director, it’s hard to say whether the film will appeal to everyone.
You can, however, try just for the director’s elegant attempt at a different kind of narrative.