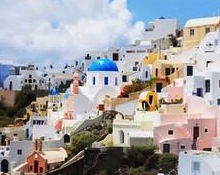 The island of Santorini takes center stage in the Chinese romantic film “Beijing Love Story” which was a hit in theaters across China. Several scenes from the film were filmed last summer in the famous Greek island, highlighting the idyllic and picturesque landscape and the unique view of Santorini. The film was also supported by […]