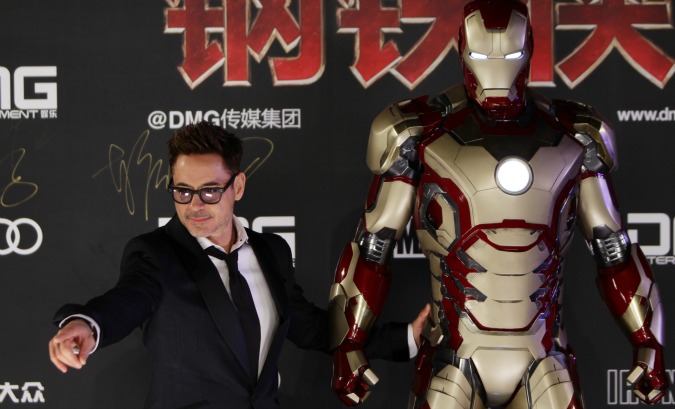 Actor Robert Downey Jr. poses for a photo with an Iron Man minifigure during a promotional event for the film “Iron Man 3” ahead of its release in China in early May at the Ancestral Imperial Temple in the Forbidden City in Beijing, on April 6, 2013 (Jason Lee / Reuters) Jonathan Landreth: Last week, […]